Ren Brumfield works for City Hall, but he does not work at City Hall. He’s helming the rebirth of Cleveland’s residential recycling program from a green-tinted office in the Carr Center, a municipal garage and vehicle maintenance facility at the southeast corner of Carnegie and E. 55th. It’s where most of the East Side garbage trucks hang out, and get their baths, when they’re not on the road.

Brumfield is new to the role of recycling coordinator, and the role is new to the city, but he isn’t new to Cleveland. A native of Houston, Brumfield comes to the job after two and a half years as the waste management coordinator at MetroHealth. He spent eight years with University Hospitals before that. He earned his associates in environmental health and safety from Tri-C, and a bachelors of science in environmental management from Columbia Southern University.

His work in healthcare was a mix of frontline compliance work and upstream culture change.
“I helped all the different departments dispose of their waste–red bag/infectious, pharmaceutical waste, drugs/meds, controlled substances to be in good compliance,” with federal and state regulations, while also working upstream with those with purchase power to think about the end of usable life of the items they were ordering.

“There are lots of work around ways to reduce waste from the very beginning, before the purchase is even made.”

When he saw the city job posting, he felt like it had been written from his résumé. “Why not take a chance and do what I can to change things?” he wondered.

Coming into his role last October gave him an opportunity to finalize the request for proposals from recycling processors, with an eye towards re-introducing the city’s recycling program not as something put on residents, but to build with them.

He’s not worried that only about 20 percent—about 27,000 of 150,000 households served by the Division of Waste Collection—have opted in ahead of the relaunch.

“Seeing it up and running will bring people a whole different perspective.”

As of this writing, three bids had been submitted to haul and process recycling, and Brumfield had made a recommendation that was pending approval. Once a contract is signed, packets will be sent to the households who signed up during the initial enrollment period last fall, showing what materials should be included in their blue cart, and how to set them out.

Brumfield’s goal is to get a good recycling program going, including as many household materials as possible—glass jars, metal cans, paperboard and even coated paper cartons; plastic bottles, jugs and tubs, and to have them processed into new products by companies located in Ohio and nearby states.

On the vendor side, implementation should be simple–they only have to collect the material from the Ridge Road Transfer Station, since city employees will continue to collect waste on the neighborhood routes.

The real work will be getting the word out among residents.

“It’s a unique opportunity to stop, refresh and restart this whole process. We can make it really, really good—it starts with me getting the word out, and make it understandable, and answer their questions,” he said. For that, he’s happy to have the support of Cuyahoga County Master Recyclers, and the Circular Cleveland Initiative.

“Recycling is for everyone. We can all recycle. If you drink a bottle of water or a can of pop or eat some food, you’ll probably have something you can recycle.”

Biggest challenge? Wishcycling. People mean well, and they recycle things that just can’t be handled by the recycling system they’re using. “One key is to stop going by the resin codes,” often stamped on the bottom of packaging. “That only tells you the chemicals in the item, not whether they’re recyclable by the processor that you’re dealing with.”

Best resource CuyahogaRecycles.org offers directions on where to take any waste or items that don’t fit the single stream residential program, and master recyclers help with outreach.

What’s the most important thing to know? “All of our waste isn’t garbage. Waste is just something you’re done with, that you don’t have any further use for. Garbage is something that needs to go into a landfill. It’s forever. So recycling is just part of waste management—some of it is, ‘don’t buy that disposable thing, buy something you can use again, or donate to someone else to use.’”

Biggest little change “Have an extra trash can in the house that’s just dedicated for recyclables. Do you just go outside every time you drink a can of pop?” Make it easier to keep the recycling and landfill separate, then tip the recycling—loose—into the blue cart when it’s full. 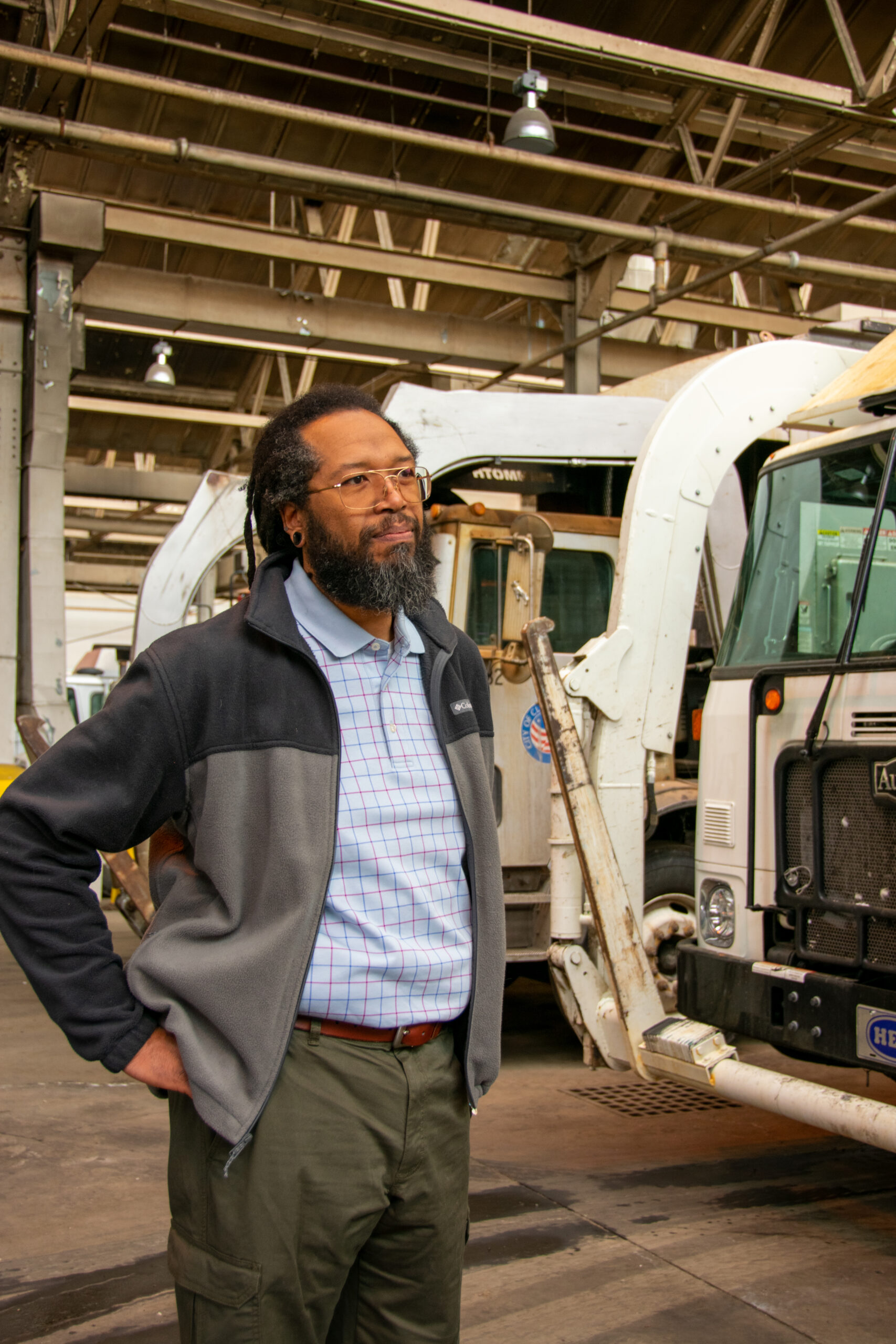 “All of our waste isn’t garbage. Waste is just something you’re done with, that you don’t have any further use for. Garbage is something that needs to go into a landfill. It’s forever. Photo by Deirdre Robertson